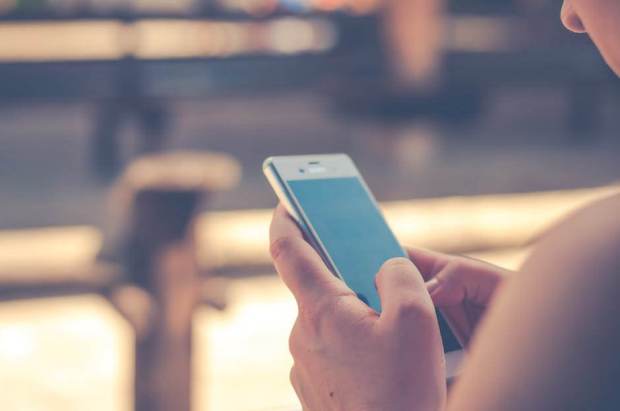 Did you know the average person spends 3 hours and 45 minutes on their phone per day! Almost 4 hours! That’s 33 hours per week. That’s another full-time job! Do you know what I could accomplish with 33 extra hours in my week? And if you are reading this and thinking, “that’s not me” install a tracker app on your phone like Breakfree or Moment and see how much time you actually spend on your phone. It will surprise you. I spend well below the average but still, my stats shock me. Today I’ve picked up my phone 128 times. Sometimes it is to aimlessly look at the lock screen. That’s insane.

The other day I was at a restaurant with C and we were having great conversation as per usual. However, as I looked up every other table was sitting on their phone. I glanced around feeling like I was in the Twilight Zone…almost no one was speaking. There were a few tables who were talking, but not many. Trust me, I have been guilty of looking at my phone too while at dinner, but typically it’s because someone has asked a question and I’m searching for an answer. Or I’m arguing with someone and trying to prove them wrong. A lot of people were completely submerged in their phones.

Then, last night, we went to go see Christmas lights at Hudson Gardens. They were beautiful and we had a lot of fun. We kept laughing though because we watched one family take nearly 30 pictures BEFORE they even got into the gardens. Just waiting in line. Will they look back on those pictures with fondness and say “man I remember when we waited in line to see Christmas lights?” No. Will they throw them up on facebook to show the world how much stuff their family does and inevitably never look at those photos again? Absolutely. I took a few pictures of things I found beautiful but for the most part, was just enjoying the lights and the company I was with.

Also, I realized that night that C and I have zero pictures together. ZERO. Yet, we are still a couple. Imagine that. Do a quick search of the internet and you will find the studies are in, most happy couples post less on social media than unhappy ones. The more a person posts about their relationship, the more they are trying to mask how terrible it really is.

I notice this often, we are being a social media society. If it isn’t on Facebook or Instagram, it didn’t happen. Sometimes I feed into this (especially in times of pettiness), mostly I try to be conscious of this. Mostly. I’m a flawed human (I fuck up a lot) who is always working on improving.

What is even sadder is I watch parents not pay attention to their kids. I remember watching my ex-roommate one day. She was sitting on her phone and her son was talking to her. There was something on TV where a child told their dad that he was their best friend. My roommate’s son said “Hey Mom, that’s like us you’re my best friend. I love you.” and all he got back was an “uh-huh” because she was staring at her phone and hadn’t heard him. It crushed me. Now, this kid is growing up to be pretty terrible (think thieving and damaging other people’s property) and I sat and watched the direct reason why. No one was listening to him. No one was giving him attention. He spent most of his time on his phone or watching TV. No one was taking him to the park, or the zoo, or playing a board game with him. While I, unfortunately, got to witness this. He is not the only one. I see it every day. At the store, kids are on tablets. Sure, it’s easier, but you’re missing out on teaching valuable social lessons.

My point is this, put your fucking phone down. I certainly am trying. Enjoy the moments. Make memories. And if you wouldn’t want to look back at a picture in a photo album, don’t fucking take it. No one will want to see your picture of lasagna from a restaurant that doesn’t exist anymore in 10 years. And I certainly will try…TRY to not post so many pictures of my cats. All I ask is that we try together.