I was a weird kid. While I played with dolls and things like a normal child, I had also created a completely alternate persona, Tiffany Sportslender. At first, Tiffany owned a sporting goods shop where she would rent or lend sports equipment (get it…sports-lender, it was in her name she had to do this.) However, soon Tiffany got pretty famous for her sporting good shop and she became a sportscaster. Sidenote: I was not interested in sports, or watching sports as a child. I was a dancer and that was as far as my athletic ability took me. I have no idea why Tiffany was quite the sporty type.

Back to Tiffany, while her now franchised sporting goods shop and sportscaster career were blossoming, this was still not enough for Tiffany. Tiffany wound up becoming a banker for awhile and I think may have even owned the bank for a while. She owned a multitude of stores. She was your typical mogul. Mind you, I created this person when I was probably 7. Where the hell did I get these ideas?

I then started adopting Tiffany’s ways, even when I was not being Tiffany. I started a club for a couple of the neighborhood kids, called the “Bubble Fun Club” We put on performances for parents and met regularly to do whatever the fuck we did. This was not the only “club” I started, however, I found this “application” for the…wait for it… Boy Crazy Sisters Club. I crossed some things out to protect the poor individuals who were involved: 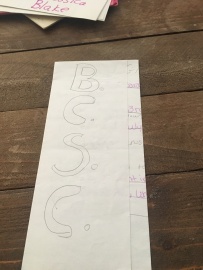 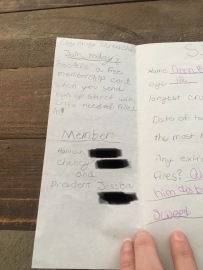 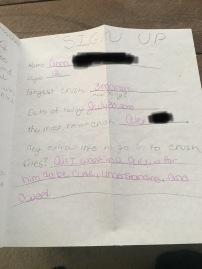 We were 12. I cannot imagine any of the 12 year olds I know now doing this. They would die. I cannot even picture the 10-year-olds I teach doing this. Thank goodness I did though, to keep a record of the embarrassing stuff we did.

In true “Tiffany” form I was also writing children’s books when I was around 7. Luckily I have kept many of them. Here are a few titles from my collection:

And of course my best work… 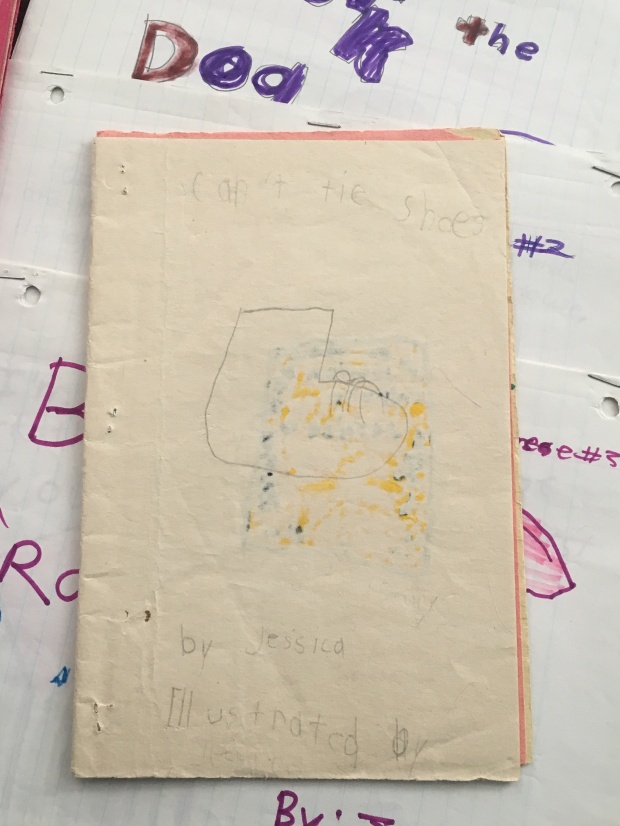 “The Girl Who Could Not Tie Her Shoes”…a semi-biographical piece about my inability to figure out how to tie my own damn shoes. That shit was hard. I was running fictional businesses but wore velcro shoes until I was 20 (that’s a slight exaggeration).

Needless to say, I often see Tiffany Sportslender come back when I’m making ambitious plans or achieving insane goals. I often wonder if Tiffany would be proud of this life I’ve created or if she’d shake her fist and wonder why I’m not a millionaire by now. We will never know.